Our house was a menagerie of the past sifted through other people’s hands. Victorian bed rails leaned against BB dented soda pop signs while stacks of newspapers rose stalagmite strong from hardwood floors. Down the hall trunks overflowed with dusty treasures as curio cabinets displayed every broken watch and cracked China doll this clumsy world could create.

It was the perfect place for a child.

Momma called herself a collector, a gatherer of things discarded. A bad day, an overdue bill, a thought of my father; the excuses to go on Ebay were as plentiful as the packages that found their way to the door.

At bedtime she would read Arthurian Legends aloud, and as my body was crushed by the cotton of a dozen covers, I dreamed of my men and I rescuing tropes from towers and returning lands to lords.

But we never killed dragons.

Those nightly adventures served as an initiation, lessons meant to teach me the truth. I learned that the Marlboros burning in Momma’s mouth were a cover for the smoking brimstone in her belly. That her morning creams, labeled for psoriasis and eczema, were potions made to turn steely scales into skin.

All dragons desire is to be left alone with their treasures, but in life as in legend, people come for what isn’t theirs.

When the questers from the city came they didn’t carry lances of shields, only badges and clipboards. They used words, blight, condemnable, not fit for a child that were meant to strip the magic from our lives. They called Momma a hoarder, as if a dragon could be anything else. They saw the silent watches and cracked dolls and couldn’t imagine a time when they ticked or made a child smile. They only acknowledged the brokenness, with no consideration of what came before or what might come after.

A week later the school pulled me out of class to tell me about the fire, caused they said, by our dated wiring in an upstairs closet. Momma and the firefighters who responded had become trapped, “because of the state of the house,” the police explained, “because of the clutter”. They made it a point to offer blame before condolences.

It was a nice story, but I knew the truth.

The men from the city had returned, intent on pillaging our home’s treasure, and Momma did what dragons do. I wish I could have seen her, poised strong and proud, her breath a bloom of poinsettia red as she fought to protect the broken things of the world.

I wonder what those agents of the king thought as her flames boiled them alive in their armor. I hope they got a chance to learn, in those final moments, that not everything in this world is exactly what it appears to be. 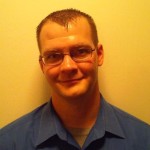 Will Gilmer is a writer and poet living in Metro-Detroit. Over two dozen of his stories have appeared in print and online. When he’s not putting his thoughts on paper you can find him piddling in a garden, brewing beer, or practicing for he and his wife’s imaginary appearance on The Great British Bake Off. If there isn’t enough going on in your feed, follow him on Twitter @willwritethings.